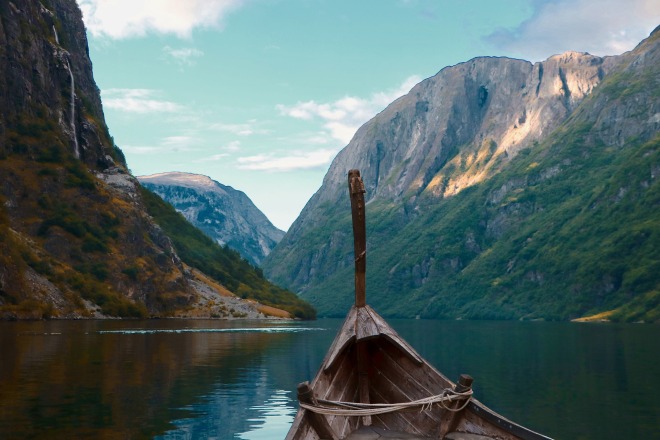 There are a lot of good books that provide a thorough introduction to the modern practice of Heathenry.  If you wish a more in-depth look at this subject, I can happily recommend “A Practical Heathen’s Guide to Asatru” by Patricia Lafayllve.  For our purposes, let us spend just a moment talking about what we mean by the term.

When we refer to Heathen practices, what we are talking about are the pre-Christian practices of the Germanic tribes. These tribes inhabited much of Northern and Western Europe including Scandinavia, continental Germany, the land of the Franks, Anglo-Saxon England, the Goths who invaded Rome and the Iberian Peninsula, all the way to Kiev in Russia. Any place a language from the Germanic Language Tree was spoken, then the influence of these traditions was felt. When we refer to Heathen practices, we are referring to an attempt to reconstruct the religions of this part of the world before it was decimated by Christianity’s influence.

Why Use the Word Heathen?

There are many words that are used today by those who engage in these practices.  Heathen is something of a catch-all, but as people feel pulled to the practices of a specific culture within this Germanic umbrella, some choose other terms to describe what they do.  While this is not intended to be an exhaustive list, I wish to delineate some of the more common.

The word Heathen is of Germanic origin. It was used to refer to those ‘of the heath.’ The uncouth, uneducated rural masses.  These are also the masses where pagan practices were the hardest for the Catholic Church to stamp out. Bonfires continued to burn in the countryside long after the aristocracy had converted for political and financial gains to the new religion, Christianity.  In our modern context, most English speakers use it almost interchangeably with Pagan, but where Pagan has Latin origins, Heathen is Germanic.  As this is a return to pre-Christian Germanic traditions, the term Heathen makes sense as a sort of umbrella term for this family of practices.

The Role of the Eddas

Some of the best preserved stories of the northern gods come from Iceland, preserved in the Eddas.  Iceland was one of the last countries to convert to Christianity, and the only one to do so peacefully around the year 1000 CE.  Because of this, it is also where the largest amount of lore was saved. There are two Eddas, the Poetic Edda and the Prose Edda.  The Poetic Edda is a collection of stories, where the Prose Edda was written by Snorri Sturleson in the 1200s CE.  Snorri was an educated Christian who was working to keep the poetic forms of his ancestors alive. As such, he is an important, if controversial, figure for many heathens.  He did much to keep the old stories alive, but it is difficult to tell how much he changed them to align with his Christian worldview.

A popular name for one of the branches of Heathenry, based mostly on these Icelandic works, is Asatru.  Asatru is a modern compound word taken from Icelandic and means True to the Aesir.  The Aesir is one of the tribes of gods in the Norse pantheon (the other being the Vanir).  We know definitively which tribe some of the Northern Gods belonged to from the lore, but for many of them we can only guess.  Based on the stories of the Eddas, the best known among the Aesir are Odin and Thor. In a similar vein, those who consider themselves under the patronage of one of the Vanir sometimes refer to themselves as Vanatru. The most popular Vanir (based again on who is defined as such in the Eddas) are Freya and Freyr.  Skadi only shows up in the Icelandic lore, but she is born to neither tribe. Instead, she is born to the tribe of Giants. Many of the other gods live among the Aesir, but we are never told which tribe they were born to.

Another set of labels people choose derive from the set of practices that were found in England during the Anglo-Saxon period.  Many people simply call themselves Anglo-Saxon Heathens (and abbreviate this to ASH), while others prefer to use the Old English fyrn sidu, or Elder Customs.  Note, fyrn sidu is a modern term, not one found in any Old English sources.  Like Norse lore, much of what we know about AS pagan practice comes from a churchman.  In this case, the Venerable Bede and his work “Ecclesiastical History of the English People.” For those interested in ASH, I would happily recommend the work of Alaric Albertsson as a starting point.

A third set of traditions comes from the Deitsch (Pennsylvania Dutch) communities in the United States and uses the term Urglaawe, meaning Primal Faith.  Urglaawe combines the Teutonic pantheon in the context of the Deitsch (Pennsylvania German) culture  with many beliefs from the traditional Deitsch culture, including pre-Christian facets of the healing practice of Braucherei and the folklore as handed down through the ages by word of mouth (Lusch-Schreiwer, 2019).

One final set of practices I wish to touch on are Continental Heathen practices. Though Germany was converted early to Christianity, and felt pressure even earlier due to their geographic closeness to the officially Christian Roman Empire, many of the folktales told today have pre-Christian origins and give us hints to the past. The Brothers Grimm collected many of these tales and published them in the early 1800s CE. As Heathen practices make a return in Europe, these tales are a goldmine of information on the legends of the past.  Another source dating to Roman times for information on the Continental tribes is found in Tacitus and his work “Germania”.

Though these are but a few of the titles and ways people formulate a Heathen practice, I share this to give a sense of the breadth and scope of the modern Heathen movement.